A. hundredth B. hundred C. hundreds

22.We ________ carry forward the spirit of serving the people whole-heartedly.

A. itself B.yourself C. himself

A. younger B. youngest C. older

A. are reading B. have read C. read

“It’s looking like a little cloudy,” said Alison’s mom, looking at the sky.

“I guess we’ll have to find something else to do,”said Alison.

“I can not play any more,” I said on the third day. “How about we just read by ourselves for a while?”

“I think a little quiet time would be nice,” I said, opening a book I had brought.

“Could you please leave me alone?” I snapped (怒气冲冲地说).

“Wow! Happily!” she sapped hack. “How about we both leave each other alone forever?!”

This makes me think of the expression “too much of a good thing”. Alison’s dad said, “You know how one piece of cake tastes ___37___, but 10 pieces of cake is too much? Spending every second with anyone—even your favorite person—is like ___38___ too much cake.”

“I’m sorry for snapping at you,” I said.

The weather got way better on the fourth day, so we actually got to go outside. The hiking was really fun! The happiest part of all is that Alison and I are still great ___40___. We just make sure to give each other some peace when we need it.

41. How many teachers will teach?

43. What do people spend the most time on?

44. How many parts does the table cover?

A. habits B. levels C. methods

Food is a kind of culture. It’s a nation’s memory and pride. The famous French baguette (长棍面包) is one of their memories and prides. French people think it should be protected. “It is much more than just a kind of bread. It is a symbol of France—it’s like the Eiffel Tower,” said Dominigue Anract, president of the Confederation of French Bakers.

So it’s no wonder that a group of French cooks want the baguette to become a form of intangible cultural heritage (非物质文化遗产) listed by UNESCO. French culture leaders have given a suggestion to the country’s president.

UNESCO’s intangible heritage list aims to protect culture from the influence of the world. Cooks in France believe that if the baguette is on the list, it will be better protected. The list already includes Belgian beer and Neapolitan pizza.

The baguette has been protected by law since 1993. The law says the bread must be made with only the following things: water, wheat flour, yeast and salt. The flour should be fermented (发酵) for I5 to 20 hours at a certain temperature. This strict rule makes the food special and delicious.

Six million baguettes are sold every day in France. However, as supermarkets continue to take over, tens of thousands of shops have closed since the 1950s. “The first thing we ask of a child is to go buy a baguette,” Anract said. “We think it important to protect these habits.”

A.President of the Confederation of French Bakers.

B. President of UNESCO.

C. Manager of a supermarket.

A. be better cooked

B. become a symbol of France

49. How many baguettes are sold every day in France?

A. what the symbol of France is

B. how to make France’s famous bread

If you’ve ever walked through fog (雾), you might have noticed that your skin and hair get wet. This is because fog is made of tiny water drops. Scientists are helping people collect these drops to make drinking water.

In some towns, there is no fresh water. People there have to use trucks to carry fresh water. It is expensive.

Since rain falls to the ground, it can easily be collected into tanks (水箱). But the water drops that make up fog don’t hit the ground. Instead, they float (漂浮) in the air. To turn fog into water, you have to catch the water drops.

A fog catcher is made of nets with two posts. The nets are usually set up on a hilltop. As fog passes by, the nets catch the water drops. The drops run down the nets and into channels. The channels lead the water into large tanks where it can be stored. A fog catcher can collect 10,000 liters of water a day. Scientists have helped set up fog catchers for towns in Chile, Nepal and Mexico.

Fog catchers are a great way for people in small and lonely towns to have their own fresh water. Centuries before scientists created fog-catching nets, nature was making fog into water on its own. As fog passed through the mountains, large leaves got the drops just like the nets do. People learned to drink the water collected on the leaves. Thanks to modern fog catchers, enough water can be made for a whole town!

54. Centuries ago people learned to drink the water collected _______.

A.in channels B. on the nets C. on the leaves

55. What can be the best title of the passage?

I heard those words again and again last summer as I sat by the window, which faces a park in the small town where I live.

The Kindness Rocks Project, which was started a few years ago by a mom in Massachusetts, has spread around the world. Kids, families, and people of all ages are taking part in painting rocks, hiding rocks, and finding painted rocks all over the place. Some post photos of the rocks on social media (传媒), and others simply move the rocks for someone else to find. Some take the rocks home and then replace them with new ones that they created and hid.

Nine-year-old twins Harry and Hannah DeVrieze have painted hundreds of rocks with their parents. Most evenings, the family and their small dog walk around with a wagon (运货车) full of rocks that they hide as they walk.

“We will do it in the winter too,” Hannah says.

Ben Burinsky, age nine, and his brother, Luke, age seven, were visiting relatives (亲戚) when they found their first painted rock in a park. They were so excited that they went home and painted their own rocks, then hid them for others to find.

“My boys loved finding the rock in the park, especially since it was a superhero,” their mother, Judy Burinsky, says. “I love how something so small can bring a smile to my children’s faces. In return, they learn the value of giving back to others.”

Kadyn Kinney, age nine, and his seven-year-old brother, Jayce, have also painted many rocks. They love to hide rocks and look for rocks with their mom and dad. When their grandmother visited, they gave her painted rocks to take home and hide in the Florida town where she lives. When asked how many rocks he has painted so far, Jayce says, “Trust me! I’ve painted more than 30.”

58. What does the underlined word “value” in Paragraph 8 mean?

60. What is the main idea of the passage?

The Internet and your friends influence your beauty standards. 61. 你的朋友总是在网上发照片。They want to show off their beautiful dresses or strong bodies, and you will compare yourself to them.

First of all, not to follow popular beauty standards blindly. They are out of reach for 99% of us, so it’s better to just forget about them.

62. Another suggestion is to tell yourself that you are special. Talk about your feelings with someone you trust. Hearing how much they value you can help you feel comfortable in your own skin. 63. 每个人都了不起。Everyone has their own talents.

Finally, it is a good idea to try to direct your attention away from bad thoughts. To achieve this, you should do something you enjoy. You can enjoy yourselves by learning. 64. This is a lifelong journey because every day brings something new. You can also take part in social activities, like playing sports with your friends. These things can help you take your mind off matters that worry you and make you feel good about yourself.

You may often judge yourself by what is on the outside, not on the inside. However, like a book, your contents are much more important than your cover. 65. Don’t judge a book by its cover. If you can learn to see the good things about yourself, you will soon begin to love yourself just the way you are.

Xiangiang Middle School encourages the students to have different talents. Mike plays the guitar at school, and Max plays the drums. They both play very well. All the students like to enjoy their music. There are more than 50 clubs in the school, but they want to do something different. One day Mike and Max decided for the school’s first marching band(行进乐队). But they needed more musical instruments (器) and members.

Mike and Max put up a sign asking anyone who plays a musical instrument to join. Many students were really interested in this. Soon they got a lot of answers.

“How can you be in our band?” Mike asked Sophia.“You play the harp sitting down, how can you march?”

All the band members wanted Sophia to play in the band. But they also wanted to march. Where is the way?

Then Max had an idea. He invited Sam and Sophia to join the band. Max asked his father for help. His father is good at creating. He made a big board with four wheels. Then Max asked Sam to ride a bicycle to pull the board with Sophia and her harp on it. Sam could use the bicycle’s bell as a kind of musical instrument.

66. How many clubs are there in the school?

67.What could Sophia play?

68.Who rode a bicycle in the band?

69.What did Max’s father do for the band?

A country has its laws and a family has its rules, too. My family also has some rules.

My parents don’t allow me to play computer games in my free time. I am not allowed to stay up late because they think teenagers should have enough sleep to keep healthy. I can’t go out on school nights. Because they worry about my safety.

I think my parents are too strict with me. But I understand they really love me. I communicate with my parents as much as possible, sharing my happiness and sadness with them. And I often help them with housework. All in all, I love my family rules which make me grow. 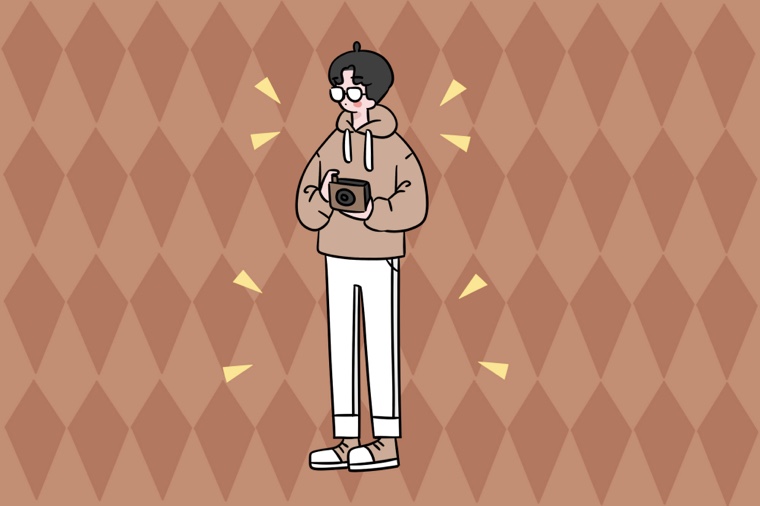 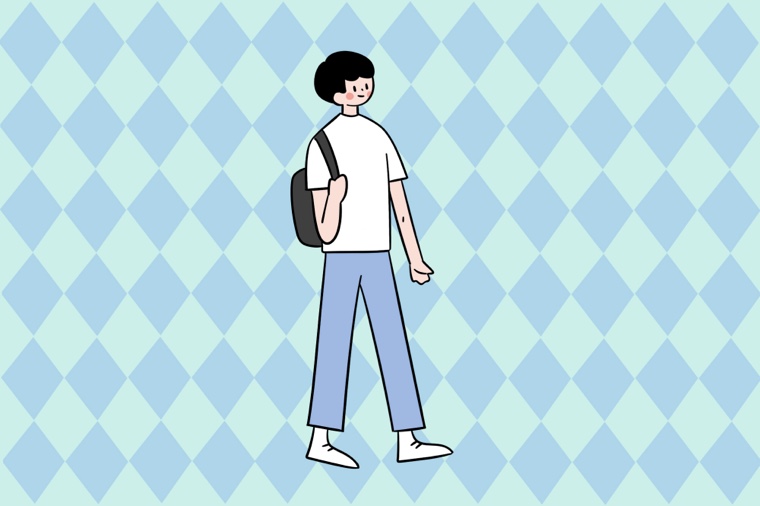